Thank you to our talented parish organist, Mio Nakamura, for recording Sunday’s hymns for us to enjoy, reflect on, and pray. (Also located on our Facebook “Videos” page)

You can also visit https://www.missionstclare.com/english/ for daily readings and devotions to participate in Sunday, March 15 worship from home.

Please keep checking in with our Facebook page for continued updates on future events, services, and worship.
Blessings and stay safe!

We are all aware of the seriousness of the COVID-19 virus and the importance of practicing preventive care to make sure we are all safe. Please read this email in its entirety for important information, and please stay home from worship this weekend — and until further notice.

Things have been changing quickly in the past couple of days and yesterday Bishop Lee sent out a message to all churches in the diocese encouraging parishioners to stay home starting this Sunday. His exact message was “I ask that you communicate with the people of your congregations as soon as possible and encourage them to stay home from church beginning this Sunday”. Following his message the Vestry and I have decided to cancel our regular Sunday services. You are encouraged to stay home and not come to St. John’s.

Because this message may not get to everyone in time, Rev. Kate will still be at St. John’s and will read a simple Morning Prayer service this Sunday at our usual times — 8:00, 9:15, 11:00am. There will be NO communion (even from the reserve), NO coffee hour, and NO other programming. Please do not come to church, even if you were scheduled to lead worship. Rev. Kate is equipped to open and close the church, and to read the service alone. She will pray for those on our prayer list, and you may email her any additional requests at kate.spelman@gmail.com.

We will be discussing how we can still stay connected in future weeks including the possibility of an online service. Please continue to check your email and our Facebook and websites for further updates.

We will be reaching out to the outside groups who use our space asking them to consider postponing their meetings. St. John’s is also a voting site for this upcoming Tuesday’s election. We are in contact with the election officials and for the time being believe we will remain a voting site.

Please let me know if you have any questions. 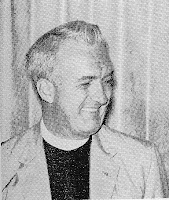 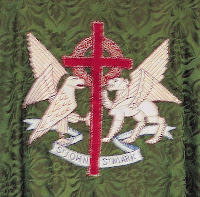